Grigar selected as a 2021 Emerging Leader Honoree by the Texas Bankers Foundation.

AUSTIN, TX (August 26, 2021) – Ashley Grigar of Community National Bank & Trust of Texas has been selected as an Emerging Leader in the banking industry by the Texas Bankers Foundation and was honored at the Texas Bankers Association’s 136th Annual Convention in Austin during a special awards luncheon on August 26th.

Launched in 2019 by the Texas Bankers Foundation in collaboration with the Bank Leadership Council, the Emerging Leader Award honors bankers who have had a positive impact on the banking industry and who represent the best values of Texas community banking.

Located in Corsicana, Mrs. Grigar has been with the bank for over 17 years. She started as a teller while attending Navarro College, later graduating from Sam Houston State University with a Bachelor of Business Administration in Finance and a minor in banking. She also earned her Certified Regulatory Compliance Manager (CRCM) certification, and was the 2019 class president of IBAT Bank Operations Institute at Southern Methodist University. Mrs. Grigar currently serves on the boards of Fellowship of Christian Athletes – Heart of Texas East, Corsicana Area Chamber Foundation and the Mildred Education Foundation.

To be honored, bankers must have five years of experience in banking, be an employee of a TBA member banking institution and be nominated by the bank president, CEO or board chairman.

“We are both excited and very proud to recognize the 2021 Emerging Leader Award recipients and our third class of honorees,” said Chris Furlow, president & CEO of the Texas Bankers Association. “This diverse group of outstanding bankers will help lead the Texas banking industry into the future and we’re thrilled to celebrate the work they’re doing throughout the state of Texas.”

For 32 years, the Texas Bankers Association and Foundation have honored those who have served in the banking industry for 50 years or more. The Foundation has since expanded its awards portfolio to recognize banks and TBA members who give back to the community, promote financial literacy and showcase excellence in their fields. 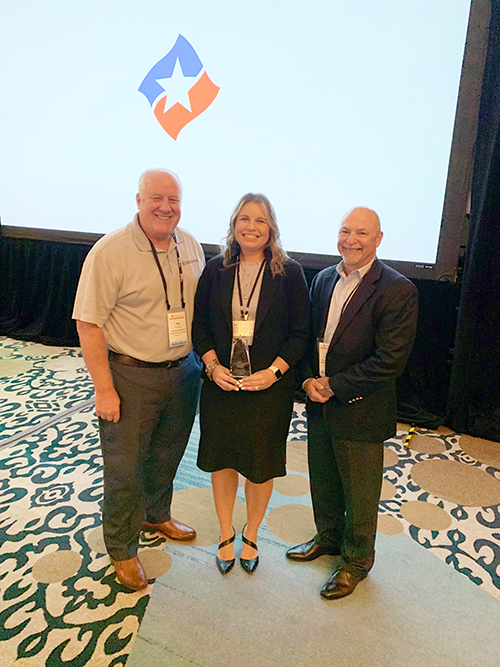 2021 Best Community Banks to Work For

2021 Best Companies to Work For in Texas

Warning: You Are Leaving This Site.